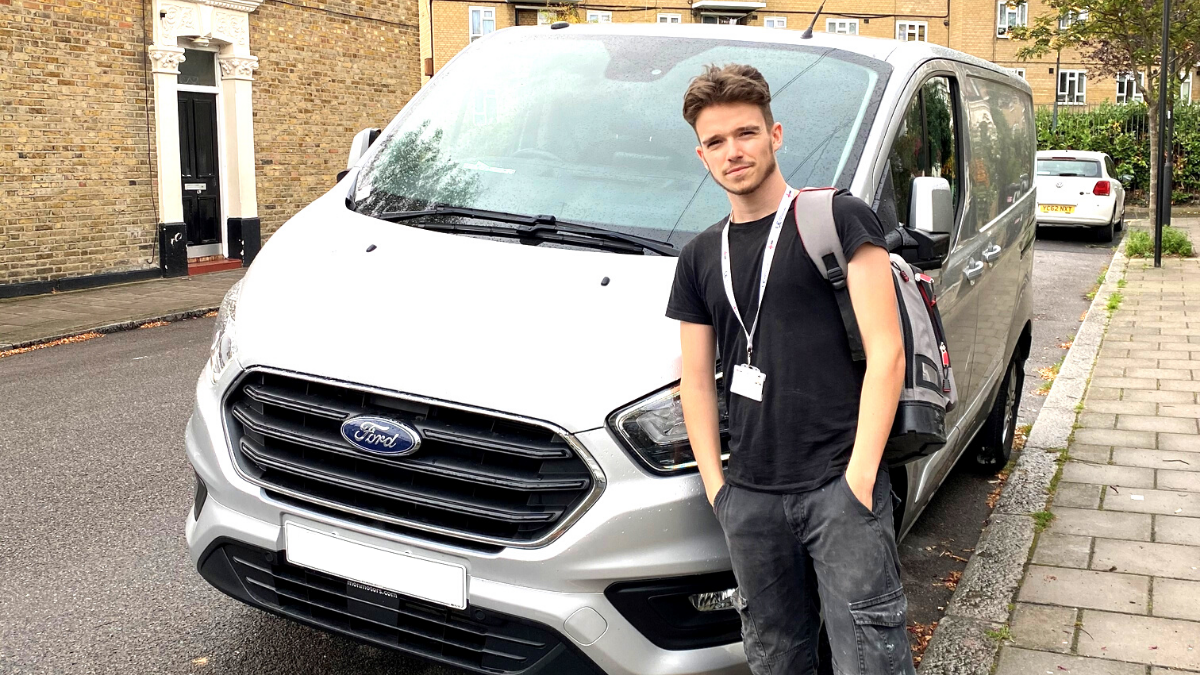 Formally a semi-pro footballer, his career was sadly cut short by an injury. Thankfully, he had another career path already in mind.

Leon followed in his brother’s footsteps and joined the trades industry. Having seen first-hand the benefits of the industry, it was a no-brainer.

From the flexible hours and earning potential to the ability to be your own boss and the lifestyle that came with it, Leon trained up as an electrician.

Working for himself was always a goal of Leon’s, so after his training, he worked hard and three years ago, he launched Leon Electricians Ltd.

Over the years, Leon’s business has grown. Taking on new members off staff, what was once just Leon is now a team of seven, serving people throughout the London area.

Though the industry has changed drastically in the seven years Leon has been a part of it, getting that first foot in the door can still be difficult. Aware of this and keen to give back, Leon regularly takes on apprentices and newly qualified electricians in the area.

Having been through the training process himself, Leon knows what works and what does not. Recognising where other mentors could have helped him better, Leon is eager not to make those same mistakes.

Taking pride in his training, he’s comfortable with showing trainees where they may have gone wrong. Leon takes the time to go through the task at hand and ensures trainees understand how to do it correctly in future before proceeding.

Having first taken on newly qualified electricians, Leon Electricians Ltd has since begun taking on apprentices and trainees. And, his first trainee is one of Options Skills’ own.

Having completed his A-Levels, Jack was looking for a career path that he would enjoy, was secure and that offered job progression.

Jack’s decision to become an electrician was made, in part, by looking to the future of the industry. With electricity looking to become the main way we power our homes, the demand for electricians can only increase.

First enquiring about our electrical course options in August 2018, Jack took the time to visit our training centre. It is here that he completed an initial assessment colour test to ensure he was a suitable candidate. Booking onto our NVQ Level 3 Electrical Training Course, Jack joined us at our Purley centre in January 2019.

Choosing Options Skills due to the eight-week centre-led training we deliver for stage one, he felt there was a good mix of practical and theoretical work. This left him confident undertaking practical assessments at the end of stage one.

Since working with Leon Electricians Ltd, Jack has had a real taste for what on-site work is like. With more pressure through tighter timeframes, more responsibilities and high standards to adhere to, it’s not always easy. But that’s what makes the trade such a good one – there are always new challenges to take on.

Undertaking stage two of training during lockdown did lead Jack to question the stability of things. However, given the nature of the trade, Jack found that even in uncertain times, electricians are always in demand.

Seeing Leon complete work to a high-standard, sharing his knowledge and giving advice, Jack has learnt a lot already. Though he has plenty of time left with Leon Electricians Ltd, Jack has begun thinking of his future. Seeing how Leon started his own business has inspired Jack. His goal now is to become a self-employed electrician and eventually begin his own company with friends in similar trades.

To those considering joining the trades industry, Jack has a few words of advice.

“Don’t take everything too seriously. There’s a lot of freedom to be had as long as you’re a hard/smart worker but be prepared for a steeper learning curve when on-site.

Inside Our South London Training Centre