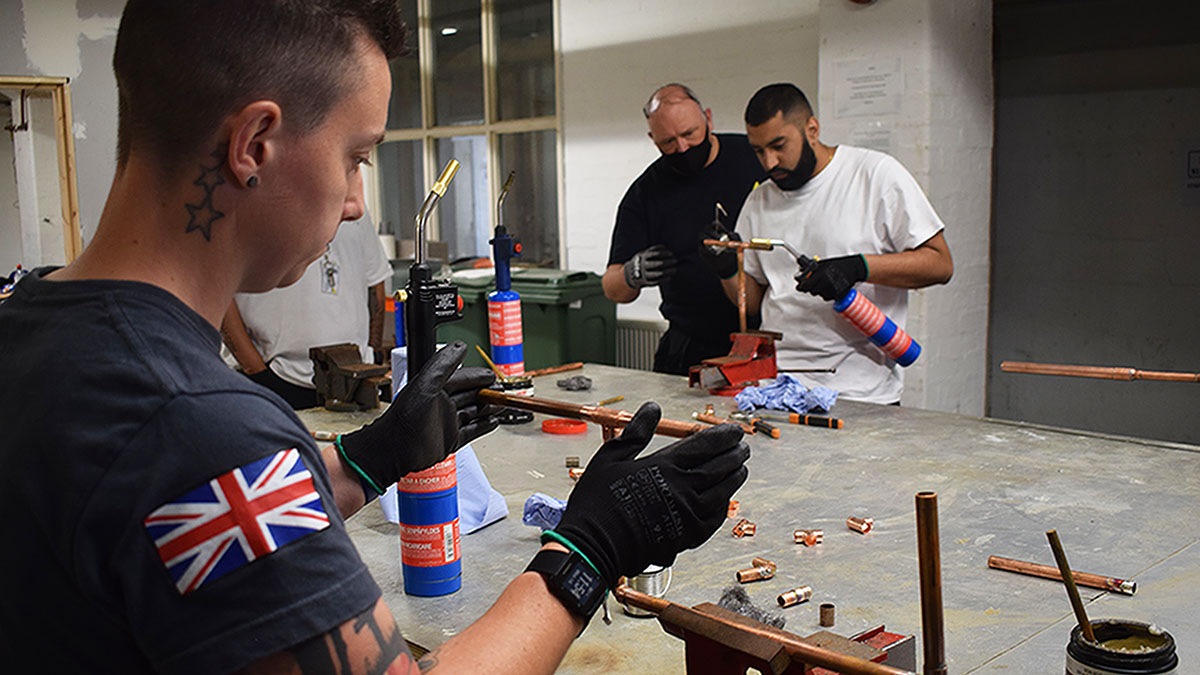 With the ongoing threat of climate change, nations across the globe are working to tackle it and move away from fossil fuels, but what does it mean for newly qualified gas engineers?

There’s rarely a day that goes by when climate change isn’t in the news – and for a good reason.  Climate change has already had a significant impact on the world in which we live. If things don’t change soon, they will only worsen.

Year after year, the government roll out plans to create a cleaner, greener future and with those plans come changes to the gas and heating industry.

In 2008, the Climate Change Act aimed for an 80% reduction in carbon emissions by 2050. In 2017, the Clean Growth Strategy proposed to decarbonise various UK sectors over the next decade. (Source: Carbon Brief).

With various plans and reports, the specific targets aren’t always clear, but what we do know is the gas industry is ever-evolving, and that’s not about to stop. Instead, we’ll soon see it change more than ever before.

We’ve all heard the rumours and read the clickbait articles that have helped to perpetuate and spread misinformation, but it does look like gas boilers will be a thing of the past in new build homes.

Chancellor of the Exchequer Philip Hammond issued the 2019 spring statement pledging  “the end of fossil-fuel heating systems in all new houses from 2025″.

In response to this, many developers are building homes with heat pumps installed as an eco-friendly alternative to natural gas boilers. However, it’s not the case for all of them. With four years until the rule comes into place, plenty of new developments are still installing gas boilers.

Despite increasing numbers of heat pumps and other alternatives, the number of gas appliances across the UK is rising.

With an estimated 28 million boilers in the UK by 2025, gas engineers won’t be short of work.

Landlords must have gas appliances, including boilers, fires and stoves serviced annually, as required by law. And though it’s not law, energy companies recommend homeowners have the appliances serviced every year also. Along with servicing, gas engineers fix broken appliances and attend emergency callouts. All of which will be necessary for as long as these gas appliances exist.

“Where many trades seem to see a constant stream of new talent, the heating industry is one that is likely to suffer if we fail to address the issues surrounding a retiring workforce and attracting new recruits to take up the mantle.”

As the gas industry moves towards a greener future, people may be put off a career as a gas engineer for fear of a lack of steady work, but the numbers speak for themselves. Gas engineers will be in demand for as long as people have gas appliances in their homes, and that looks to be the case for many years to come.

But in any industry, professionals must stay on top of the latest developments and upskill accordingly.

As a result, many existing gas engineers are taking the industry changes as an opportunity. While traditional gas engineering is their bread and butter, they’re using their skills and knowledge to upskill, offer new services and develop their business.

Though gas boilers are here to stay, we will soon see an increase in the number of heating alternatives in homes.

Industry professionals have proposed several alternatives to natural gas; heat pumps, solar, electric and even hydrogen. No one knows with absolute certainty if we will switch to one option or a combination of them all – although a combination seems more likely.

Mark Wilkins, Head of Training and External Affairs at Vaillant Group, represents one of the many manufacturers who believe the same:

“Heat pumps, hydrogen boilers and hybrid systems will all have their part to play here.”

The switch from gas boilers to their eco-friendly counterparts will be a gradual process.

But, when the time comes for homeowners to replace their boilers, someone needs to be there to install, service and eventually repair their chosen alternative.

A gas engineer who has upskilled in other areas will see an increase in customer retention and earning potential.

There’s no denying that the industry is changing, but that’s not necessarily a bad thing.

The heating industry has been evolving since it began, constantly improving, becoming more efficient and sophisticated. The move away from natural gas heating is just another stage of its evolution.

There will be a time when natural gas boilers are obsolete. However, with the lifetime of a gas boiler being 10-15 years, it won’t be for many years to come.

Gas engineers have plenty of years of work ahead of them – and plenty of time to upskill.